Six Mistakes You Make While Brushing Your Teeth

Do you feel like you have the perfect brushing routine?

Most people do, but the reality is your routine lacks in quality. Dentists state the average person makes several mistakes while brushing their teeth due to laziness or a lack of knowledge. With time, these mistakes become well ingrained to the point they’re hard to eradicate. In fact, people start assuming their way is the right way when that’s simply incorrect.

To ensure you’re not making the same errors, here are six common mistakes to avoid while brushing your teeth.

A common misconception people have is “brushing harder leads to cleaner teeth, ” and that is incorrect.

The primary purpose of brushing your teeth is to remove plaque (bacteria film).  One does not have to brush aggressively to eliminate plaque because it’s sticky and soft.  You are doing more harm than good by brushing too hard because it will damage your teeth and injury gum tissue.

Dentists advise people away from hard-bristled brushes because they can irritate and injure your gum tissue and damage teeth.

It’s important to avoid these brushes and stick to what’s recommended. Soft-bristled brushes are easier on the teeth and provide proficient results.  Go to the local drug store and pick out one of these options to use on a daily basis. Do not lean on a hard-bristled brush, as it will ruin your teeth.

Mistake #3:  Use Ineffective Angles While Brushing

What’s the most common brushing technique used by people? It’s the “straight across” technique where they mimic playing a violin.  However, this is one of the most ineffective methods of brushing and should be avoided. It is smarter to look at holding your brush at a 45-degree angle and angling it upwards for the top teeth and 45 degrees downwards for the lower teeth. This will help remove plaque and get under the gum line to remove hidden bacteria.

Always consider the angle of your brush, as it’s easy to straighten and continue going across without realizing it. Make the necessary adjustments to enhance your brushing method.

An older toothbrush can lead to inefficient results as the bristles go out of shape or weaken. You should be looking to set a three-month schedule where the toothbrush is replaced every 90 days. If not, you will see poorer results, and that’s going to impact your teeth.

If you notice your toothbrush splaying before the 3-month mark, it could mean you are brushing improperly or with too much force.

Dentists often ask, “Do you floss regularly?”. Flossing is an effective way to remove plaque between the teeth, where your toothbrush doesn’t reach.  Flossing should be a part of your daily regimen.

According to studies, only 41% of the population floss their teeth, and many of these individuals do it infrequently.

Please take the time to floss and make it a habit.

Mistake #6: Brushing only in the Morning

A study revealed a staggering result illustrating 98% of dental disease cases could have been avoided with nightly brushing. Yes, it is as simple as this to prevent such a major health concern.

Brushing in the morning is good but it’s important to brush before going to sleep as well.

If the plaque remains on the surface of your teeth overnight, it will ruin the health of your teeth and gums.  You want to set up a schedule and follow it, or your teeth will start to decay. This is a common sight where patients become careless and skip their nightly brushing routine because they’re tired.

With these mistakes in mind, you can start to make appropriate changes to your brushing technique and routine. Yes, it is easy to get lost in your ways and assume things are okay as long as you’re taking time out to brush but that’s untrue. You can still do a lot of harm with these mistakes, and it’s important to make changes before things get out of hand.

Start with the basics and eliminate these mistakes immediately.

We would love to meet you at our Unionville office. We’re located on Highway 7, right next to the Shopper’s Drug Mart. 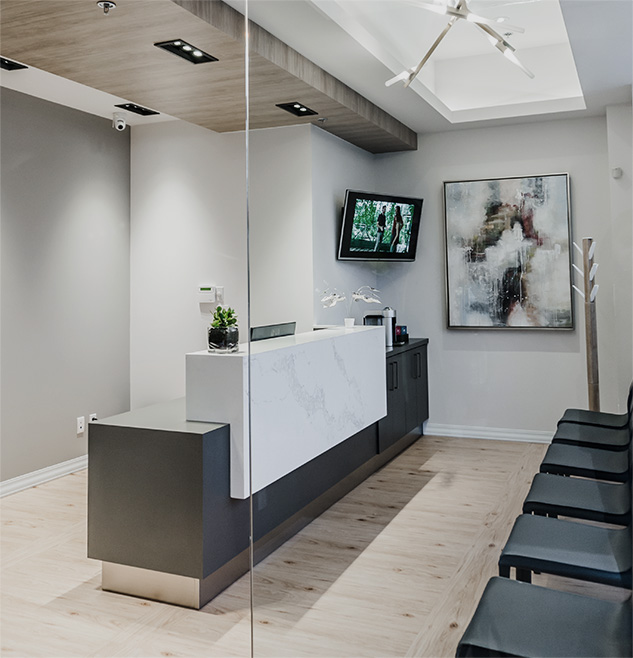